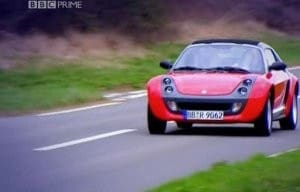 2003-05-11
REVIEWS: Smart Roadster • Volkswagen Beetle Cabriolet • Bowler Wildcat • Bentley T2 CHALLENGE: Drag racer jet engine incinerates Nissan Sunny In the seemingly never-ending quest to destroy as many caravans as possible, Richard uses a drag racer to rid the roads of Britain of yet another one. A Nissan Sunny - the car Richard hates more than any other is also destroyed in the same manner. James May makes his first appearance on 'new' top Gear: he shows us his Bentley T2 and tells us why it’s a nightmare to own. Richard Drives the Bowler Wildcat and declares himself: “a driving god!” The Smart Roadster and the McLaren F1 are also featured.Vinnie Jones in the Star in a Reasonably Priced Car 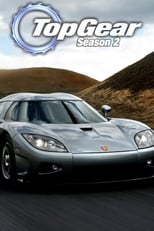