MORE EPISODES
1 The Mook, the Chef, the Wife and Her Homer NO REVIEWS YET   2 Jazzy and the Pussycats 3 Please Homer, Don't Hammer 'Em 4 Treehouse of Horror XVII 5 G.I. (Annoyed Grunt) 6 Moe'N'a Lisa 7 Ice Cream of Margie (With the Light Blue Hair) 8 The Haw-Hawed Couple 9 Kill Gil, Volumes I & II 10 The Wife Aquatic 11 Revenge is a Dish Best Served Three Times 12 Little Big Girl 13 Springfield Up 14 Yokel Chords 15 Rome-Old and Juli-Eh 16 Homerazzi 17 Marge Gamer 18 The Boys of Bummer 19 Crook and Ladder 20 Stop! Or My Dog Will Shoot! 21 24 Minutes 22 You Kent Always Say What You Want 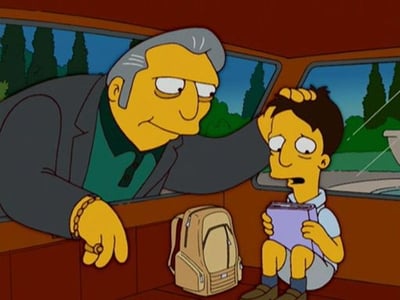 The Mook, the Chef, the Wife and Her Homer

Bill Odenkirk  2006-09-10
At school, Lisa befriends a boy named Michael, who happens to be the son of mob boss, Fat Tony. Fat Tony is put out of commission by a rival family, and Homer and Bart get involved with the mob, when Michael, who is nothing like his father, is not interested in the “family business.” 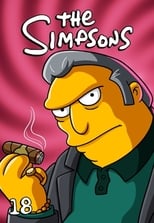