MORE EPISODES
1 The Falcon and the D'ohman NO REVIEWS YET   2 Bart Stops to Smell the Roosevelts 3 Treehouse of Horror XXII 4 Replaceable You 5 The Food Wife 6 The Book Job 7 The Man in the Blue Flannel Pants 8 The Ten-Per-Cent Solution 9 Holidays of Future Passed 10 Politically Inept, with Homer Simpson 11 The D'oh-cial Network 12 Moe Goes from Rags to Riches 13 The Daughter Also Rises 14 At Long Last Leave 15 Exit Through the Kwik-E-Mart 16 How I Wet Your Mother 17 Them, Robot 18 Beware My Cheating Bart 19 A Totally Fun Thing That Bart Will Never Do Again 20 The Spy Who Learned Me 21 Ned 'n Edna's Blend Agenda 22 Lisa Goes Gaga 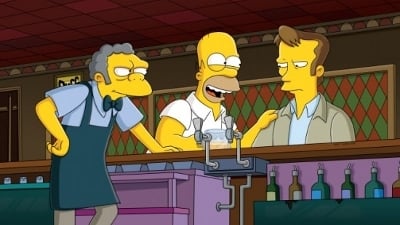 The Falcon and the D'ohman

Justin Hurwitz  2011-09-25
Homer befriends Wayne, a reserved security guard recently hired by the nuclear power plant. Plagued by violent flashbacks from his past as a CIA agent, he must overcome his tortured nightmares to save Homer from a Ukranian terrorist. Meanwhile, Marge fantasizes about being a contestant on "Top Chef" hosted by Tom Colicchio, and the future of Springfield's hottest "it" couple Nedna, Edna Krabappel and Ned Flanders, will be revealed after months of online fan voting and speculation. 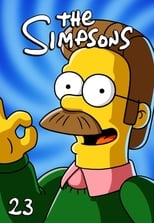